Neurofeedback is a type of biofeedback that uses real time displays of electroencephalography (EEG) to illustrate brain activity. EEG features are extracted and displayed allowing the user to study its temporal evolution in real-time. The goal of Neurofeedback is to monitor and present the patterns to be trained so that way the patient learns how to self-regulate them. Measured levels are transformed into commands that are used to control a game application. This kind of treatment can be used in medical applications (to treat autism, anxiety, depression, ADHD, etc.) and also for cognitive enhancement, relaxation meditation, concentration, attention or impulsivity traing among others and other conditions related to brain function (epilepsy, chronic pain, addiction,etc.) 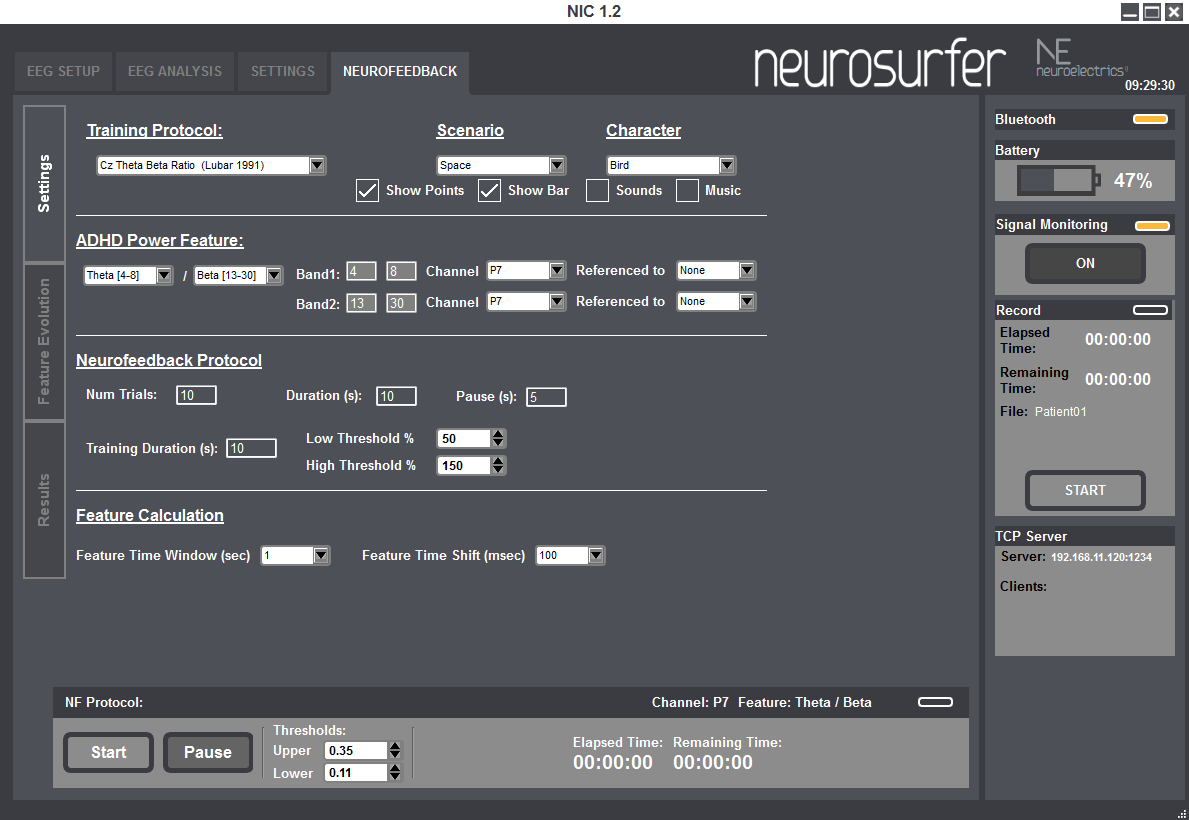 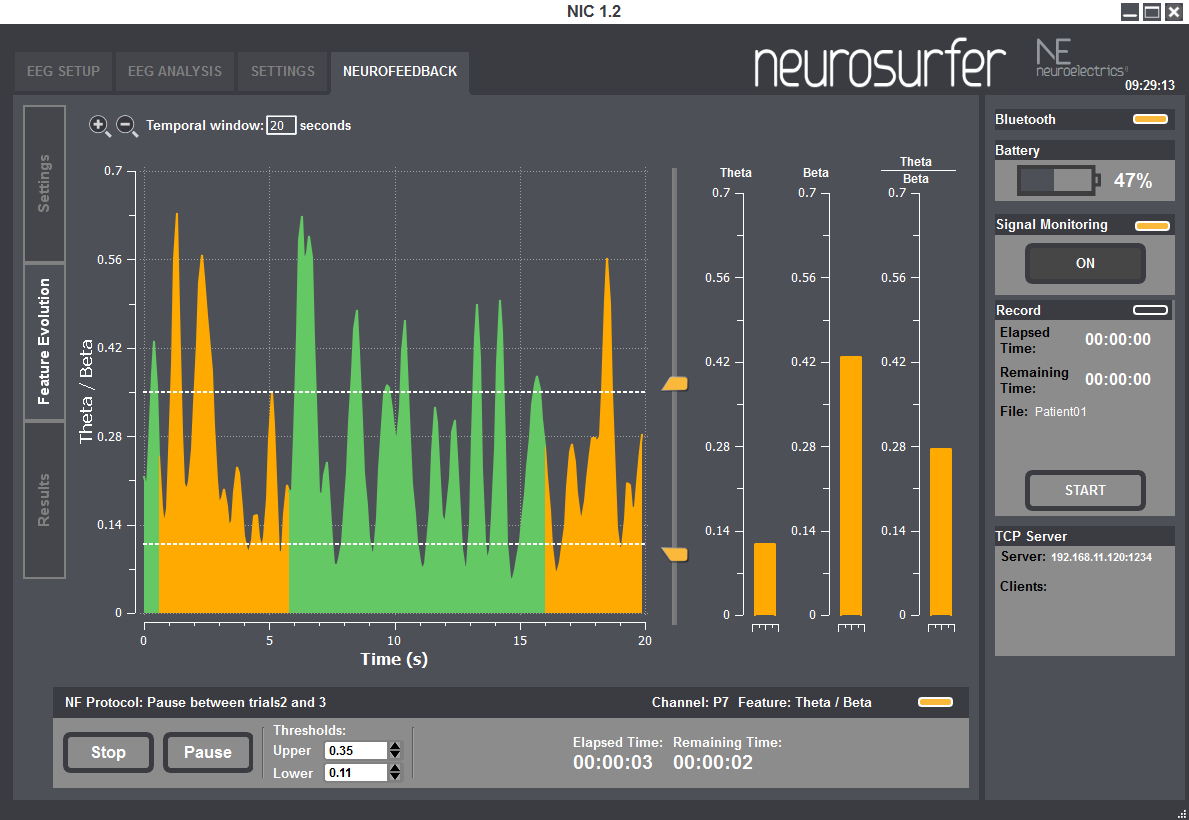