Difference between revisions of "Interacting with NIC" 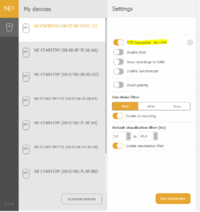 Those markers correspond to the ones received by NIC from third-party software using TCP/IP or LSL, the manual markers that can be inserted while recording by pressing the keys from 1 to 9 and the stimulation events in the case of the Starstim device such as start and stop stimulation and when any parameter is changed from MatNIC.

An LSL client software needs to connect to this outlet in order to receive the EEG streaming data. The received values are expressed in microvolts and its range is from -400000 to +400000.

To try the TTL adapter before using it in a real subject we can do the following connections using the Tesboard. In the following example we will receive the pulse in channel P7: 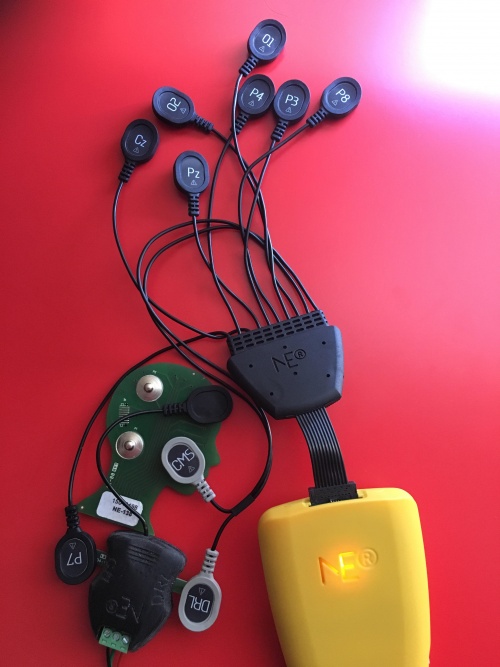 The previous actions are examples of the toolkit but we provide more actions to control the device and the NIC software.

You can also send manual events using the number keys (1-9) of your keyboard. To configure the codes for each marker, you can go to the list of protocols in NIC --> Select one --> SETTINGS, as described in page 22 and 23 of NIC's user manual.